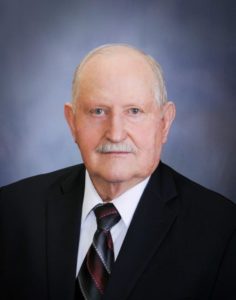 Senator Brackett is a Republican member of the Idaho Senate, representing the 23rd District (Twin Falls) since 2008. He is currently the Chairman of the Senate Transportation Committee. He received a Bachelor of Science in Agriculture at the University of Idaho. Before becoming a Senator, Mr. Brackett served one term in the Idaho House. In 2008 Senator Brackett was elected to represent Idaho’s 23rd Legislative District which encompasses Twin Falls.

He received a Bachelor of Science in Agriculture at the University of Idaho in 1966 and served for the Idaho National Guard. When not attending to legislative duties, Senator Brackett is a rancher at Flat Creek Ranch. He currently lives with his wife Paula and is the father of five. 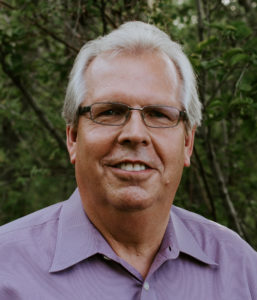 Dave is the Metro Manager for AECOM in Boise and has been delivering transportation projects in Idaho for over 30 years. He is a registered Professional Engineer in Idaho, and nine other states. He attended the University of Wyoming where he received his BS in Civil Engineering and MS in Transportation Engineering. Following Grad School, he accepted a position with Centennial Engineering in Casper Wyoming. He and his wife Suzi lived there until they moved to Boise in 1987 to open an office for Centennial Engineering, and to begin the design of the Cole/Overland Interchange on I-84. In 1990, Centennial Engineering was acquired by Morrison Knudsen, which became Washington Group International in 1998, and merged with URS in 2007, and then became AECOM in 2015.  From 2006 to 2016, Dave was the Program Manager for Connecting Idaho Partners, a Joint Venture between URS and CH2M HILL, managing ITD’s GARVEE Transportation Program. 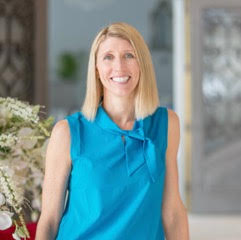 Vanessa serves as Research Director and Assistant Research Professor at the Idaho Policy Institute at Boise State University. She is also an Adjunct Faculty Member at Presidio Graduate School. Vanessa holds a BA in Biology and Fine Art from Wittenberg University, a MBA from Presidio Graduate School, and a PhD in Public Policy and Administration from Boise State University. She worked to pass Idaho’s first county-wide open space initiative that raised over $3 million to protect land, water and wildlife. As a co-founder and chair of the region’s public-private economic development partnership, Vanessa focused on creating the region’s first economic development strategy. In 2016 she was invited to speak at the inaugural TEDx Sun Valley where in her talk, Capital Investments for Social Success, Vanessa shared how private sector investments in social programs can result in effective outcomes and save community resources. Based out of Boise, she can often be found running, floating rivers, skiing, and exploring Idaho with her husband, two daughters, and puppy. 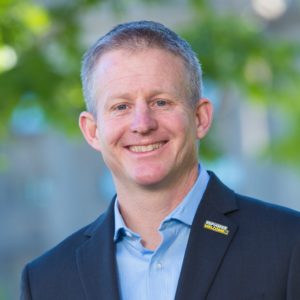 Mat is the Idaho State House Democratic Leader, serving his third term as representative for Ada County’s District 19.  A retired high-altitude climbing guide, Mat has lead teams on mountains around the world. He is the co-owner of Idaho Mountain Guides and teaches at Boise State University as an adjunct in the College of Innovation and Design. Passionate about developing young leaders, Mat also teaches at Adams State University as an instructor in the outdoor education program. Mat and his wife, Elizabeth, are raising their daughter Louise and managing two Labradors, Saga and Ruby in Boise. 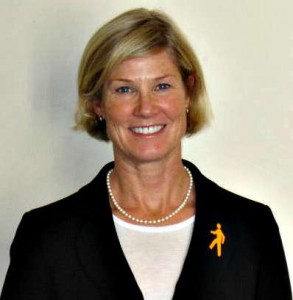 Cynthia is IWBA’s Executive Director. She has lived in Boise for the last twenty-plus years after leaving the east coast congestion behind. She has loved every single moment in Idaho and now considers this vast state her home. Cynthia is passionate about being outdoors, whether she is travelling to work or recreating in Idaho’s wilderness. Working for Idaho Walk Bike Alliance allows her to share her love to move more and drive less, which she relishes every day. Now that she has landed her dream job, she enjoys connecting with all the amazing advocates throughout the state to make their communities safer, healthier and more liveable. Prior to this position, she worked in media sales in Boise. She liked that job too, but it required daily driving. When she isn’t working, you can find Cynthia in the foothills with her dogs, Maggie and Olive. 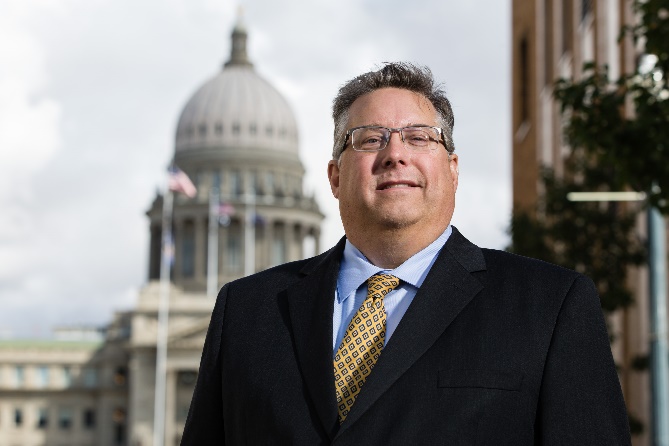 Lance is a local lobbyist with The Giles Group. He has over 20 years of public policy, communications, and government affairs experience in the state, federal, non-profit, and private sectors. He has worked for one of Idaho’s and the world’s largest engineering and construction firms as a Government Affairs Manager and as a Senior Marketing and Planning Manager. In addition, he has worked as a Policy Advisor to Idaho Governor Dirk Kempthorne and has over ten years of experience as a staffer working on and around Capitol Hill in Washington, D.C. He holds a Juris Doctorate from Howard University in Washington, D.C. and a Bachelor of Business Administration from Boise State University. He is a member of the Idaho State Bar and lives with his wife, Lisa, in Boise. 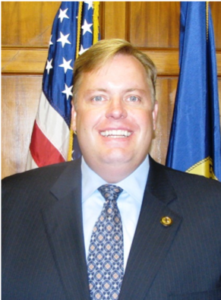 Wayne joined the Idaho Associated General Contractors (Idaho AGC) in September 2012 and serves as the organization’s Chief Executive Officer. Prior to joining the Idaho AGC, Wayne spent over five years as a top advisor to Idaho Governor C.L. “Butch” Otter as the Administrator of the Idaho Division of Financial Management. Prior to his state service, Wayne served over six years as the Idaho State Executive Director for the U.S. Department of Agriculture’s Farm Service Agency; two years as the Director of Government Relations for the National Association of Wheat Growers; and four years on the Washington, DC staffs of US Senator Orrin G. Hatch (R-Utah) and US Senator Larry E. Craig (R-Idaho). He received a BA and MA in public policy from Brigham Young University and is an honorary associate alumnus of the University of Idaho. He and his wife, the former Kate Montgomery, are the proud parents of two young daughters. 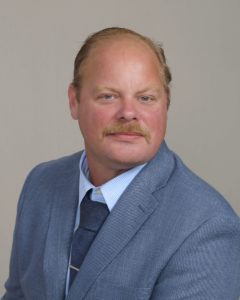 Allen is a Sales Representative for the Idaho Trucking Association. He is responsible for ensuring the Idaho Trucking Association continues its commitment to safety, education, advocacy and provides a strong united voice for the industry in Idaho. Allen has been a resident of Idaho for over ten years and currently resides in Caldwell. Since 2011 Allen has worked in supervisor and sales roles for Manke Lumber Company and prior to that he owned and operated a small excavating business. In 2004, Allen was appointed to serve on a volunteer board in the Pierce County Government in Tacoma, Washington and was elected to serve as vice chair for several years. He has served on other non-profit boards. He enjoys playing outside including riding his mountain bike. In 2018 he put over 200 miles on his bike in less than 30 days. 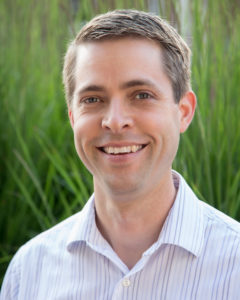 Stephen has a master’s degree in transit planning and has worked in the transit industry for 15 years. He is committed to planning transit that helps communities realize their full potential. At King County Metro Stephen lead the agency’s integration of transit accessibility measures and the development of the agency’s long-range plan. At Valley Regional Transit, Stephen has worked with local jurisdictions to identify service networks that support the development goals of the cities and increase the public’s mobility. 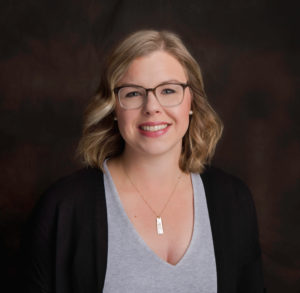 Amanda has been working with the Transportation Alternatives Program (TAP) and Safety Program since she joined the Local Highway Technical Assistance Council (LHTAC) in 2017. She acts as the project manager to take TAP and Safety projects through design and construction, ensuring federal-aid rules and regulations are followed and projects are constructed on time and under budget. Prior to joining LHTAC, she worked as an Engineer for the Idaho Transportation Department with roles in bridge design, transportation planning, materials, and roadway design and construction.  In her free time, she enjoys biking, hiking, and skiing with her husband and two young boys. 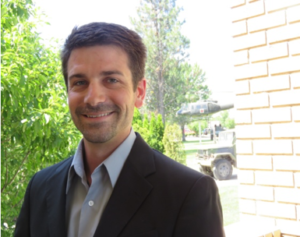 Ryan is a Program Manager at the Idaho Transportation Department Headquarters Highways Construction and Operations, Contracting Services. Ryan is currently working on the American with Disability Curb/Ramp program; Transportation Alternatives Program; and Innovative Contracting. Ryan works hard around the state to collaborate with external partners to ensure success in their project delivery. Ryan possesses the Project Management Professional (PMP) from the Project Management Institute; the Certified Floodplain Manager (CFM) credential from the Association of State Floodplain Managers; a graduate degree in Community and Regional Planning in transportation and land use planning; two bachelor degrees in Political Science and Philosophy with focus on public administration and epistemology. Ryan has been a project & program manager practitioner for over twenty years at various public, private and non-profit organizations. Ryan is also a Certified Culinary Chef and can often be found foraging in nature or in his kitchen making a mess. 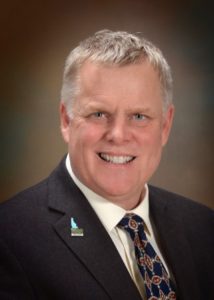 Senator Nelson is a fourth-generation Idahoan who grew up on a Genesee wheat ranch. A graduate of the University of Idaho, he initially pursued a career for Chevron as a software writer for companies to help them manage their energy more efficiently. After 20 years he returned to Idaho and started a flourishing business with his former boss delivering work in Idaho, Texas and Argentina. He was involved in Rotary for 15 years, which included running the Regional High School Youth Exchange Program and impacting the lives of more than 300 students around the world. He lives in Moscow with his wife and two daughters, both graduates of Moscow High School, and enjoys rafting Idaho’s rivers. 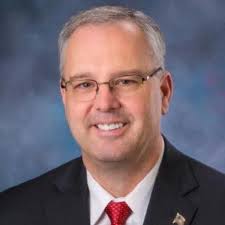 Chairman Palmer currently serves in the Idaho legislature – his fifth term in the house. He chairs one committee: Transportation and Defense and sits on Business; and State Affairs. He is a lifelong resident of the Meridian area, a father of four and grandfather, and a small business owner. A graduate of Meridian HS, Joe attended Rick’s College and has a degree from Boise State University. 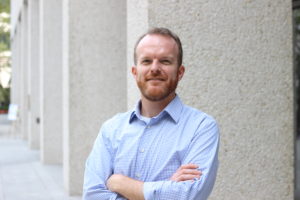 Tom is a Sr. Transportation Planner and Project Manager based in HDR’s Portland, Oregon office with nearly 15 years’ experience. He specializes in multi-modal corridor planning, operations, and design, and is particularly adept at facilitating interagency coordination necessary to achieve regional and local mobility goals. Tom has been involved in more than a dozen arterial corridor projects, many of which integrate BRT, bike facilities, sidewalks, and safety improvements within constrained conditions, all of which require creative design solutions. He is currently managing a 10-mile BRT design project in Vancouver, WA that integrates bike lanes around station areas, and is also managing a 19-mile multi-modal corridor concept design project balancing all modes with rail and property constraints. Tom’s background includes working to improve agency planning processes and goals, which resulted in stronger public support and objective decision making.

Chris has worked for UDOT for over 19 years as a Civil Engineer in the Traffic Operations Center.  He is currently a Project Manager for the Transportation Technology Group working on projects involving Connected and Autonomous Vehicles, and other technically unique projects including the original Variable Speed Limit project, and the current efforts to automate the VSL operation. Chris was the Downtown Salt Lake City Area Traffic Engineer for the 2002 Winter Olympic Games working with all the Games partners to plan and respond to street closures and support the spectator transportation system for the Olympic Square venues and the Opening and Closing Ceremonies at University of Utah’s Rice-Eccles stadium. Chris earned a Bachelor of Science degree in Civil Engineering from the University of Arizona and has completed additional independent graduate coursework in Civil Engineering at both the University of Arizona, and the University of Utah. 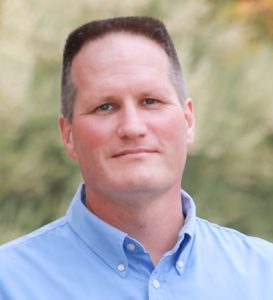 David is the Executive Director of Selkirks Pend Oreille Transit Authority, providing public transportation in Bonner and Boundary counties. Previously David served as the Economic Development Director for the Boundary Economic Development Council, and as the Assistant City Administrator for the City of Bonners Ferry. David served on the ITD Public Transportation Advisory Council (PTAC) from 2017-2018, representing the five northern counties in Idaho (District 1). He also served on the ITD public transportation District Coordination Council for District 1 from 2012-2015. David is currently the Mayor of Bonners Ferry, the Boundary Economic Development Council Chairman, and a board member of the Bonners Ferry Urban Renewal Agency. David holds a Bachelor of Science in materials engineering from Rensselaer Polytechnic Institute, Troy, NY.