Let’s not forget that our roads are public space and are paid for by everyone — no matter their travel mode, writes Cynthia Gibson. 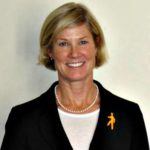 After noticing a distressing uptick in the number of bicyclist and pedestrian involved crashes, Idaho Walk Bike Alliance would like to remind drivers to minimize distractions while driving. Alert driving can reduce the risk of injury and death for all those on our roadways, especially in summer when more walkers and bikers are out on the roads.

Throughout the U.S., there is a surge of people who want to travel to work, school, or errands, by bicycle or on foot. According to the League of American Bicyclists’ American Community Survey, since 2000 the number of bicycle commuters nationally has increased 62 percent. These numbers are higher for Bicycle Friendly Communities, where infrastructure improves safety and predictability for motorists and cyclists. But even in communities that don’t invest much in bike lanes or greenways, the numbers are still growing. And with it, the demand for roadway improvements is increasing.

Recently, another round of federal dollars was released by Idaho Transportation Department to fund bicycle, pedestrian and Safe Routes to School projects statewide. Annually, Idaho receives approximately $3.5 million, but the fund isn’t nearly enough to cover all the requests from our state’s communities. This latest round was no different—$20 million in federal funds requested out of an available $7 million over two years. We have seen this each time Transportation Alternatives Program, or TAP, funds have been released. Huge demand for too little money!

What is creating this demand? Some of the trends our country is experiencing are interesting, and predictable. According to the National Household Travel Survey, between 1995 and 2009 the rise in biking for people ages 60-79 accounted for 37 percent of the total nationwide increase in bike trips! Going on an extended bike tour for vacation is no longer something only youngsters do. Additionally, teenagers across the U.S. are waiting longer to get their driver’s licenses, and they prefer to live in communities where they are not reliant on a motor vehicle. Commuting in from the suburbs is not an option for millennials, and businesses have responded to this by installing showers, covered bike parking, and locating near bicycle pathways.

But, you may wonder, who really pays for these improvements, and the roads they are on? We were curious too. In a random two-question survey we conducted of approximately 1,500 bicyclists, we found that 96 percent of Idahoans who ride bicycles on the road also own a motor vehicle. This means they pay for gasoline, plus they register and license their vehicles, which helps pay for roads.

Bicycle riders also contribute in other ways. Our main office is located in Ada County, where the Ada County Highway District (ACHD) maintains our roads. According to ACHD’s budget, in FY2015 ACHD received 34 percent of gross revenues from property taxes. We don’t know how much all road districts receive in property taxes, but we do know that everyone, whether they own or rent where they live, pays property taxes – some of which goes to local roads.

Historically, America’s roadway system was designed to be paid by a user fee – which was the gas tax. Unfortunately, gas prices have not kept up with road construction and maintenance costs. At both the federal and state of Idaho levels, general fund dollars (comprised of sales and income tax) have augmented highway trust funds to make up the shortfalls, and that general fund subsidy has been growing in recent years.

Let’s not forget that our roads are public space and are paid for by everyone – no matter their travel mode. Additionally, some of the most vulnerable users are people who are unable to drive due to age, disability, or affordability. So, please, let’s be aware and considerate of everyone on our roads.