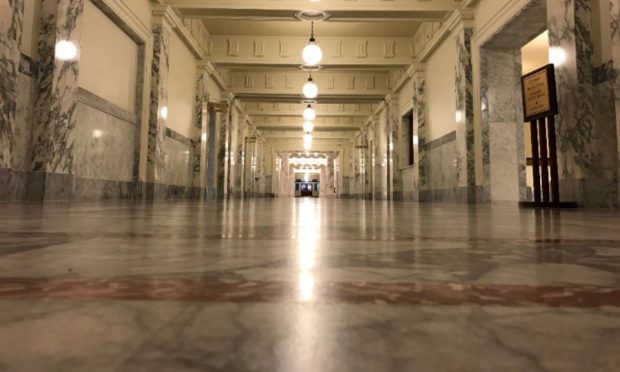 Just a week ago Idaho’s Capitol bubbled with activity, as the Legislature fulfilled its commitment to adjourn before the end of the week. Today that frenzied vigor is absent from the two-block-long hallways, curving staircases and marbled open rotunda. An echoing stillness is left behind, occasionally interrupted by the relatively few remaining staff who work year-round or various groups touring the Capitol building.

During the 80-day legislative session, Idaho Walk Bike Alliance followed political activity that affects our core mission, and we conveyed back to you what we learned. Now that the session is over, we can let you know what worked out and what will return for the 2018 session.

See you next session!

You can also read our previous updates: